Our Parkinson’s Academy has a 16 year pedigree of designing, delivering and evaluating its MasterClasses in order to educate UK frontline clinicians, support quality improvement and provide a forum for the Parkinson’s (PD) clinical family to network. We are very proud that those clinicians reflect real-world practice in that they are drawn from medicine, nursing and the allied health professions. Independently and in collaboration we have also designed Continuing Professional Development for those who have been through our MasterClasses plus those already in established practice. In that spirit, in July of this year and collaborating with others we delivered a hugely successful day; Cutting Edge Science for Parkinson’s Clinicians.I think of that meeting as putting research into practice. So what about making practice the substrate for research?The charity Cure Parkinson’s Trust's (CPT) has a mission ‘to slow, stop and reverse Parkinson’s’. The CPT has an enviable track record of funding research from the laboratory through to re-purposing existing medications. The latter are drugs which are already used in other disease areas so saving years of basic pharmacological development. Moreover these drugs are known to work on pathological processes in other diseases that share characteristics with Parkinson’s disease. Either way CPT is trying to get ‘upstream’ of Parkinson's dopaminergic nerve cell loss and the dopamine deficiency that occurs downstream as a result.Diabetes offers some parallels and clinicians, scientists and PD researchers of all stripes will have seen this work made explicit following the work on exenatide published in Lancet Neurology in August 2017. For me as a clinician it raised as many questions as it answered. So as a CPT trustee my next thought was that more work is needed, that this is an exciting development showing us the direction of travel but where is that research to be done?I have always been impressed at how colleagues in oncology are so research-aware in the clinic and at the bedside. Trials abound of novel and existing regimens and doctors and nurses always seem familiar with and willing to enter their patients into structured follow up if not an actual trial. Could we do this in PD? Can we recruit more widely and in greater numbers to Phase 3 studies on the back of studies such as the exenatide study? But! If so how do we increase awareness among established front-line clinicians if not up-skill those who would like to be investigators themselves. What about clinicians as hands-on researchers including those still in postgraduate training who may wish to move sideways, perhaps even completing a higher degree.Research Engagement is the meeting we are hosting on 6 December 2018 for those who are becoming or aspire to become involved with Parkinson’s research. The ‘with’ is important because such involvement can be at many different levels as we dip our collective toes in this uncharted expanse of water. Do have a look at the draft programme which will be updated as we get closer to 6 December. I truly believe there is something here for every member of the Parkinson’s Family, each of whom is in some way a potential piece in the slow, stop and reverse Parkinson’s jigsaw.So was it a blue and black dress or a gold and white dress? To me it’s primarily a dress (noun), the adjectives are just descriptors. The 6 December is not about an interface between research and clinical practice, it is about shining light from different angles on the same challenges. The different angles throw up different descriptors but the challenges are the challenges whichever light we stand behind.This is new, this is exciting, do join us.Dr Peter Fletcher, Founding FacultyMore about the event 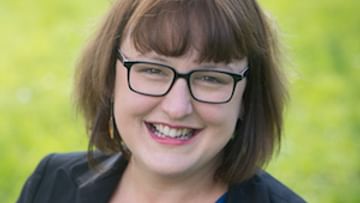 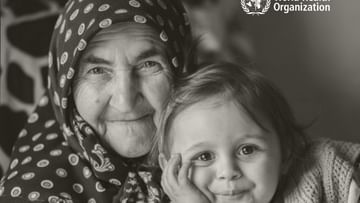 Parkinson's Academy, our original and longest running Academy, houses 20 years of inspirational projects, resources, and evidence for improving outcomes for people with Parkinson's. Led by co-founder and educational director Dr Peter Fletcher, the Academy has a truly collegiate feel and prides itself on delivering 'the things you can't get from books' - a practical learning model which inspires all Neurology Academy courses.